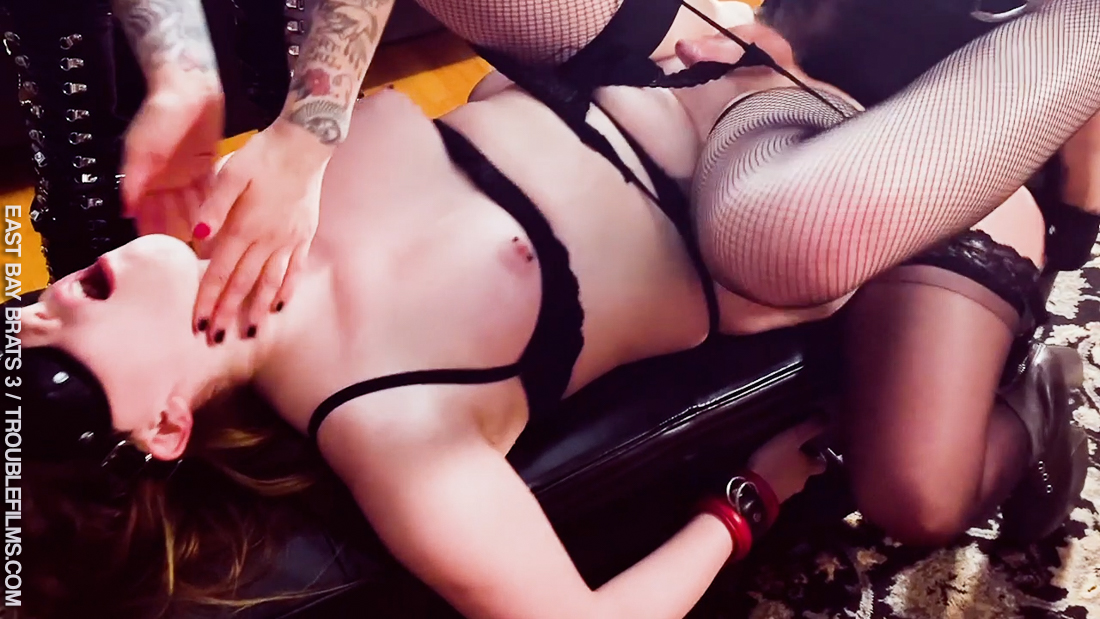 It’s Chelsea’s most anticipated scene of her career: a blindfolded group scene with three hot femme dommes. Ruby, Nova, and Courtney blindfold Chelsea and take turns fucking her holes and mouth until she has no idea who is taking her, who is teasing her, and who eventually makes her squirt all over herself, tied to a leather bed in the East Bay Brats dungeon. This is from EAST BAY BRATS 3!